The Protectorate of Adron is located in the southern most part Elysia, and it holds key strategic importance to the duchy as it controls one of the major land-based trade routes to the south. Most of the Barony is swamp-land, and as such, Adron has been known as a harsh and unforgiving land that tempers all who live in it into hardened veterans.

Adron has only two towns, Hags Hill and Southgate, but is also home to many barbarian encampments. The capital of Adron is Hag Hill. Southgate is a newer town located closer to the southern border. Already both towns have seen more than their fair share of battles.

Although Adron lacks the mineral resources that other baronies provide, it provides the resource of the Adron Mercenaries, and is the original home of several citizens of note including Zeal Avalon, Raziel Gaiden, Ryalia Vyrisys, Zipper, Captain Decoy and His Majesty Mikael Andrious

The unofficial motto of Adron is the time honored catch phrase, “Adron; Drunk on Power.”

Laws of the Protectorate:
In addition to the standard Elysian laws, Her Majesty often declares the following laws before gatherings. For more information on these laws, seek out one of the court of Adron.
The to/from Mandate.
The Declaration of the Destruction of Permanently Dead Bodies.
The Sedition Act.
The Stronghold Registration Act.
The Time-Travel Directive.

SOUTHGATE
Located in the southernmost corner of Adron, Southgate is not only the most southerly located city in the Barony, but also in the whole of the Duchy. It falls approximately half way between Hags Hill and the southern border. This rough-and-tumble border town is an ideal get away for adventure seekers as well as traders and aspiring artists.

Southgate is a fairly new town; built in 605, it is a developing trading outpost. It was constructed at the behest of His Majesty Mikael Andrious, former Knight of Elysia, Lord of Southgate, Count of the South, then Baron of Adron. The local artisan and philanthropist, Decoy, oversaw the layout, construction and completion of the city. Many barbarian tribes live in the lands surrounding Southgate, and some of the Adron Mercenaries call the young and prosperous city home. It also serves as the headquarters of the Adron Warders; an adventuring company that functions in a manner akin to a town guard but all over the Barony as opposed to just one town. Southgate was also recently voted the second most livable city in Adron. The diverse backgrounds of the settlers currently living in Southgate as well as the war stories weaved by adventurers, mercenaries, and soldiers has led to a bit of a renaissance and art, poetry, music, literature, and fashion are all on the rise within the tiny burg. Much of this is due to local philanthropists seeking to better the community around them.

In the area outside of the city proper, cranberries are cultivated to stimulate the economy, and one local is in the midst of trying to establish a "gator farm" to boost tourism. The town boasts a lovely little tavern known as the Deathwatch Inn, although due to some minor vandalism, the sign was altered to say "Deathtrap Inn." Within this tavern, one might be able to sample the local color as well as the local cuisine. Because of the lack of graveyards in Adron, stemming from Baronial law as well as good sense, a small grove just outside of town has been dedicated to the memory of those who have given their lives defending Adron. The town is already home to several notable locations, namely the Adron Warder's training facility of Kerning Hights, which hopes to be adding full fortifications and a tower within the next few years, and the ever infamous "Party Cabin."

The “To/From” Mandate.
When a commoner runs past a noble of Elysia, or a member of the court of Adron, if asked “to or from?” they must answer the question and state a brief explanation.
Disobeying this mandate is to be punished as Slander.

The Declaration of the Destruction of Permanently Dead Bodies.
It is strictly forbidden to bury permanently dead bodies in the grounds of Adron. All permanently dead bodies must be destroyed in some way, normally by fire or a destroy spell. If an adventurer or visiting commoner wishes there body to be returned to their family the remains can be kept by nobility until they can be shipped out of the Barony. It is advised that all adventures or commoners carry a note on them saying they wish not to be burned upon permanent death and who we can get them home with.
Disobeying this act is to be punished as Necromancy.

The Sedition Act.
This act covers a broader range of offenses, notably speech and the expression of opinion that cast the Nobility, the court of Adron, the Adron Warders, or their efforts in a negative light or interfered with their command of soldiers, adventures, or commoners. Disobeying a direct noble order is treason, disobeying a member of the court of Adron, or the Warders is sedition. Treason may be replaced with Sedition at the noble’s discretion.
First Offense: Death, Loss of all property.
Second Offense: Death, Loss of all property and declared Outlaw for One Year.

The Stronghold Registration Act
Wards, and Circles of Power lasting more than an hour, are strictly monitored in Adron. You must acquire verbal or written approval from a noble of Adron, or a higher Elysian/Kingdom noble to erect such a structure. Access is normally granted if a member of the court of Adron is invested.

Elemental Registration Act:
All persons with transforms that tie to an elemental plane must present themselves to a noble of Adron with information pertaining to the plane of origin and the power of the transform. Those who do not and call upon their transform will have it brought down by any means necessary, and will also receive punishment that will be exacted as if the person has committed Conspiracy.

The Cold Iron Decree:
All Fae and those of similar origin are unwelcomed in and are considered to be an enemy of Adron. Any Fae found within Adrony borders is subject to immediate removal by any means. Those who help with the removal, discovery, and destruction of these monsters will be rewarded and considered friends of the barony however, those who are found defending these evils against removal will be treated as enemies of Adron until the creature in question has been dealt with.
Those who fall under this classification are listed but not limited to: Fomoire, Leprechauns, Trader Folke, Gan-Ceann, Satyrs, Nymphs, Naiads, Gnomes, Quicklings, Brownies, Wind Wyrds, Clauricaunes, Redcaps, Amadan, Sprites, Dryads, Treants, Pixies, Pooka, Sidhe, Gremlins, Boggles, Firbolg, Changelings, Selkies, Dark Pooka, Dark Goblins, Dark Unicorns, Dead Trees, Twig Blights, Aillen, Airitech, Badba, Ceinn Iothar, Couranach, and Dullahans.
x.1 - Those of the adventuring races such as Mystic Wood Elves, Oaken Wood Elves, and others who are slightly Fae blooded are NOT classified as above. Should a discrepancy ever arise a noble of Adron will have full authority to decide if the individual classifies or not.
x.2 - The Cold Iron Decree also applies to those who call upon Fae powers with their transform and will be dealt with as such. 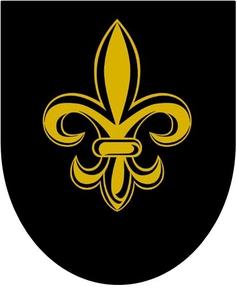 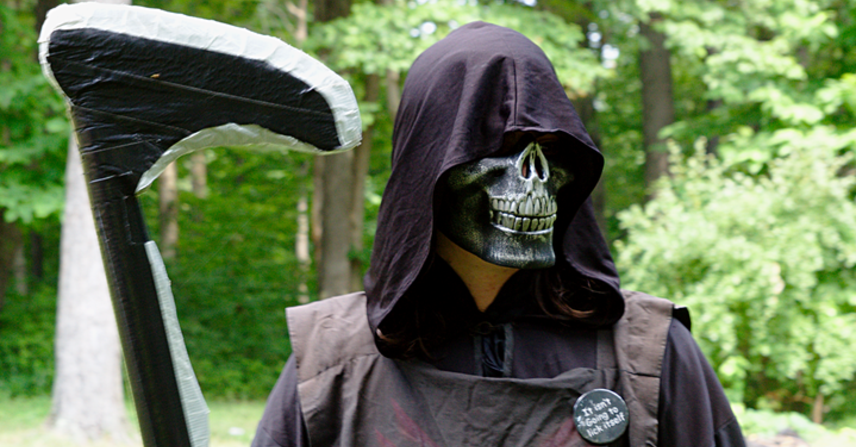